Home Modules Module 1 Section 1 Proportion of First Nations children and youth 2 to 24 years with an Aboriginal mother tongue, by Status and residence, on- vs. off-reserve, Canada, 2006 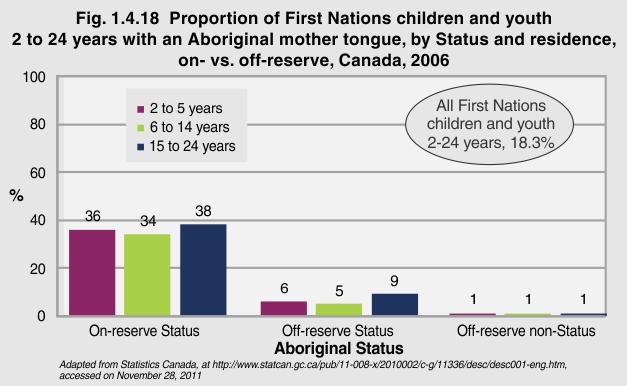 “Language is our unique relationship to the Creator, our attitudes, beliefs, values and fundamental notions of what is truth. Our Languages are the cornerstone of who we are as a People. Without our Languages our cultures cannot survive”.

“The threat of their languages disappearing means that Aboriginal people’s distinctive world view, the wisdom of their ancestors and their ways of being human could vanish as well”.

– Report of the Royal Commission on Aboriginal Peoples, 1996