Home Modules Module 1 Section 1 Children and youth from birth to age 24, as a proportion of the total population, by province and territory, 2010 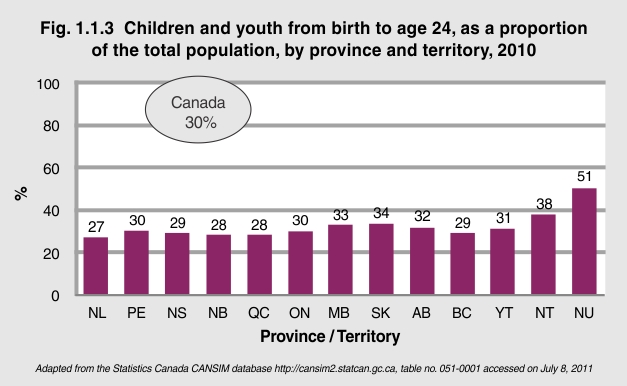 Everywhere they reside, children must have access to health care, education, early childhood learning and care, and other social supports that promote their well-being and healthy development. This is especially critical in NWT and Nunavut where children and youth make up a large proportion of the population.