Home Modules Module 1 Section 1 Proportion of the total population who were children and youth from birth to 24 years, by age group, Canada, 2000 and 2010 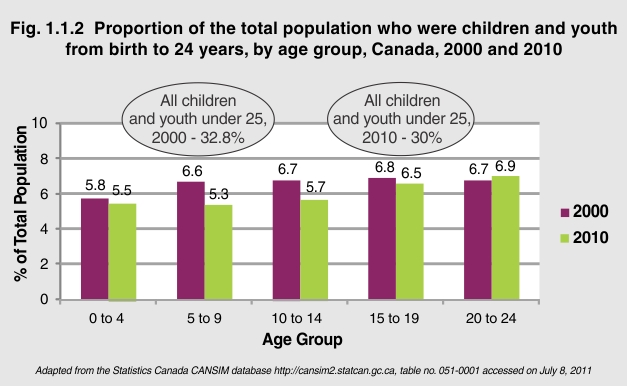 As the proportion children of various age groups, as a total of the Canadian population fluctuates, appropriate shifts in resources and services will have to be made.