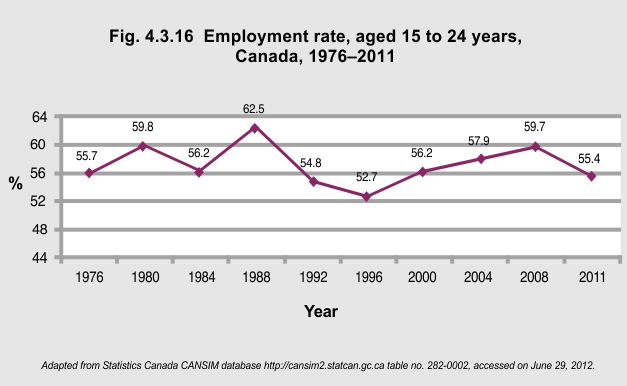 “Like adults, teenagers can feel somewhat burdened with their day-to-day unpaid and paid work responsibilities. Approximately 1 in 10 regularly felt very stressed with not having enough time in the day. Similar proportions were quite or extremely stressed because of school, while 16% considered themselves workaholics. Almost 4 in 10 reported being under constant pressure to accomplish more than they could handle, and 6 in 10 tended to cut back on sleep when they needed more time.”1