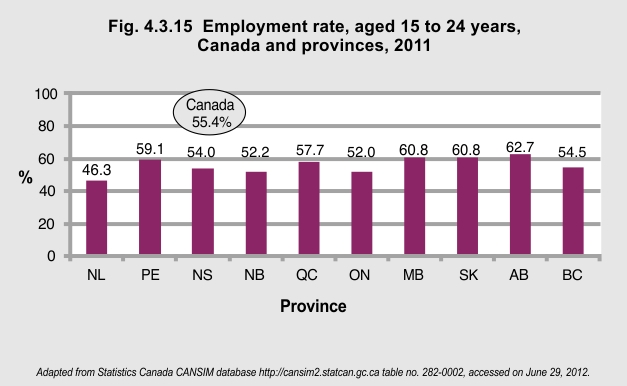 For younger workers in Canada, economic recovery after the recession has been almost non-existent, and youth 15 to 24 years of age entering the workforce are faced with some significant challenges. “In addition to competition within their own age group, they now must compete with older workers looking to re-enter the labour market and those more experienced who lost their job during the recession.”1

Increased competition leads young graduates to take jobs outside of their degrees or pulls them out of the labour market. Unable to find jobs in their area of study, university and college grads often retreat into another degree or into jobs that support them but don’t put their training to use.1