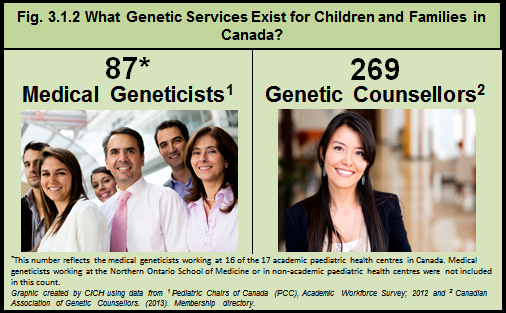 Genetic services are organized through genetic clinics across the country that employ interprofessional teams of healthcare providers. Two important providers on this team are medical geneticists and genetic counsellors. There are approximately 87 medical geneticists in Canada; most practice in British Columbia, Alberta, Ontario, and Quebec, but they are found in other provinces as well. The majority are in academic centres, but they provide outreach to smaller cities, as well as rural and remote areas.    continued…