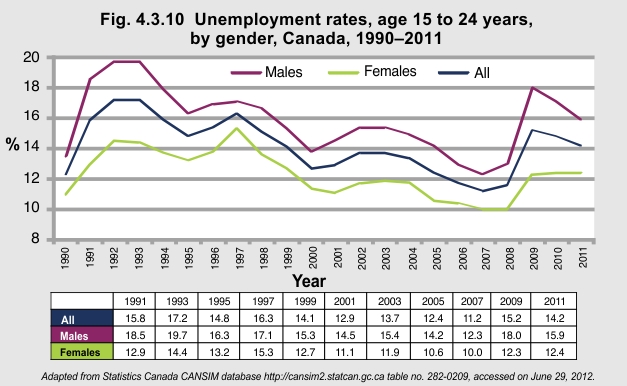 NEET—not in employment, education, or training—is a fairly new phenomena and a growing concern to policymakers. According to Statistics Canada, in 2011, nearly a million young people age 15 to 29 years were considered NEET. Among this group, 391,000 were actively looking for work, while the other 513,000 were not.1 Being unable to find work and being out of school over a long period of time takes a major toll on the health and well-being of young people. It can create a sense of uselessness and idleness that can lead to increased mental health problems, substance use, and violence.2