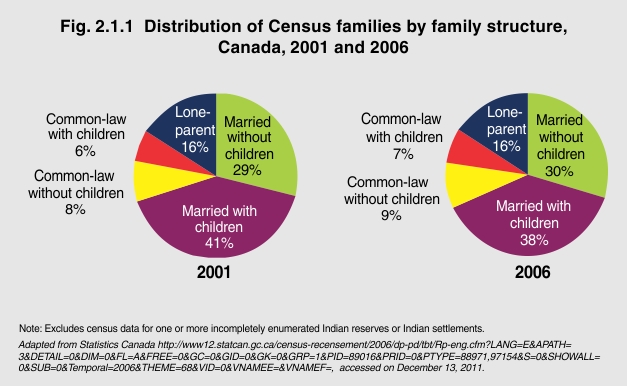 With more children living in non-traditional arrangements, the way Canada defines a family must be socially sensitive and sufficiently broad to encapsulate present-day family structures. Beyond that, there needs to be an appreciation that not all families function in the same way or are equally privileged. By recognizing the disparities and struggles that are common to specific family types (e.g., lower incomes among female lone-parent families), we can begin to redress these inequalities and, in doing so, lessen the toll on the family unit and the children affected.