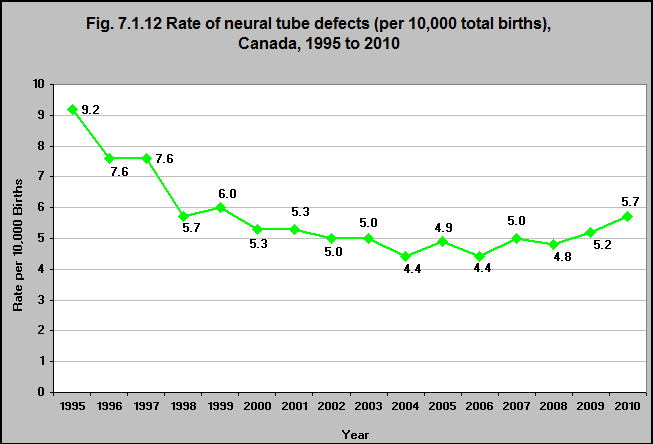 Notes:
Neural tube defects are birth defects of the brain, spine, or spinal cord.
Similar anomalies include craniorachischisis, iniencephaly, encephalocele and microcephaly.
Nova Scotia data were not available to CCASS before 1996.
Québec does not contribute to the Discharge Abstract Database.

Neural tube defects happen in the first month of pregnancy, often before a woman even knows that she is pregnant.

Much of the decline in the rate of neutral tube defects between 1995 and 2010 is attributed to policy-making and education initiatives surrounding the role of folic acid in preventing babies from developing neural tube defects.