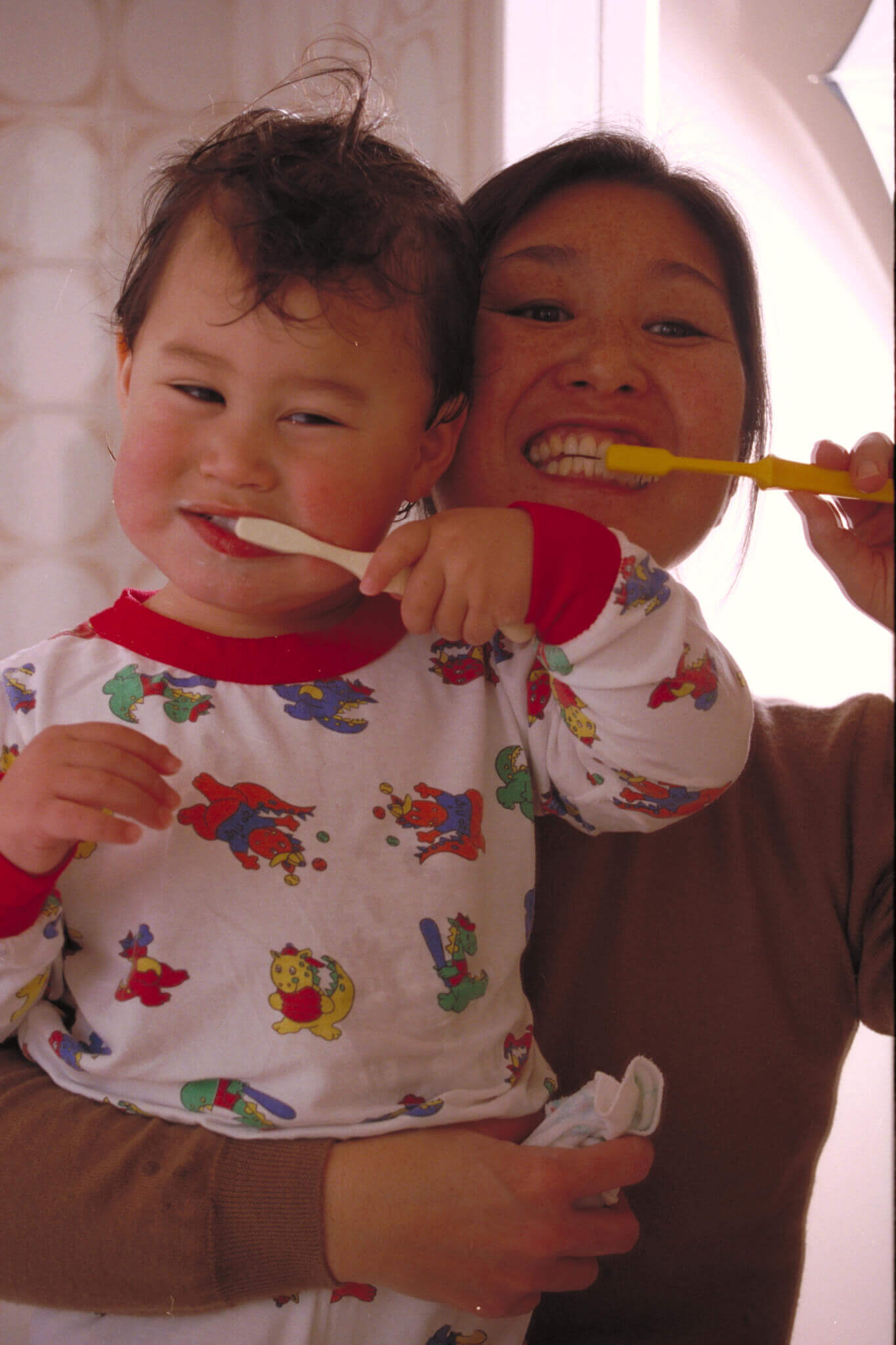 Income is considered by many to be the most important social determinant of health. Families with young children are particularly at risk for low income, and vulnerable to its negative effects.  Children from families with the lowest incomes are, in general, at the greatest risk. They experience, for example, higher levels of health and behavioural problems.

In 2014, about 19.7% of all Canadian children under 6 were living in poverty – or below the Low Income Measure (LIM)*. That proportion ranged between 13% and 45% among the provinces and territories.  The proportion of lone parent families living in poverty was dramatically higher. Six percent of Canadian families with children under 6 were living in deep poverty**  in 2010. That proportion was three times greater for lone parent families.

Canada ranks poorly internationally when it comes to child poverty – being 24th among developed countries and 2.2 percentage points over a 34-country average poverty rate of 11.1%.

Research demonstrates that wide disparities in wealth are intricately connected with the health of a population. Thus, in general, the greater the level of income inequity in a country, the poorer the population health.  The lesser the level of income inequity, the better the population health.  Those with the lowest incomes have the worst health outcomes, but the negative impact of inequity is felt among all Canadians.  Compared to other countries, Canada has shown the greatest increases in income inequality from the 1990s and 2000s.

The proportion of women with young children who are in the workforce has increased dramatically in the last 40 years – so that now the vast majority of women with children under 6 are in the workforce. In 2016, about 73% of all women over 15 whose youngest child was under 6 years of age were participating in the workforce. While maternity benefits are available to women and men in Canada through employment insurance (EI), a large proportion of mothers with low incomes do not qualify.  Unfortunately, many parents with children who live in low income have precarious work – or those jobs with high levels of uncertainty.

Housing is an important determinant of health and well-being.  While the majority of young children have adequate housing, many families must spend a disproportionate amount of their income on housing. Many such families live in housing that is cold, damp, moldy, unsafe and overcrowded.  In other words, many families live in housing arrangements that are inadequate, unsuitable or unaffordable. One term used to describe their circumstances is “core housing need”.  Families that live in core housing need are often in a precarious stage:  illness, or the loss of a job, can result in homelessness. In 2011, about 13% of Canadian households were in core housing need. Unfortunately, families with children are a fast-growing segment of the homeless population. In 2009 there were almost 10,000 children under 16 who stayed in homeless shelters in Canada – and they stayed on average for over three weeks.

Access to adequate food is an important determinant of health. To have food security, families must have confidence that they have and will continue to have enough money to buy an adequate amount of nutritious food to feed all their members.  A significant proportion, 11% of all households with children under 6, live with food insecurity – a higher proportion than for the population overall.

An enormous difference can be made by supporting families with low incomes. Government transfers are critical and effective investments that reduce and prevent poverty among children and families. Ensuring housing and food security, basic determinants of healthy child development, would be a first small step in this direction.

* Low income can be measured in several different ways in household surveys. For the standard products of the National Household Survey, the line chosen is a relative measure: the after-tax low-income measure (LIM-AT).  For this measure, the income used is after-tax income of households. There are no regional variations to account for prices or cost of living differences: all applicable households in Canada face the same line adjusted for household size. This line is set at half the median of adjusted household after-tax income. To account for potential economies of scale, the income of households with more than one member is divided by the square root of the size of the household.  All household members are considered to share the household income and are attributed the same income status.
** Living with incomes less than half of the Low Income Measure (LIM).