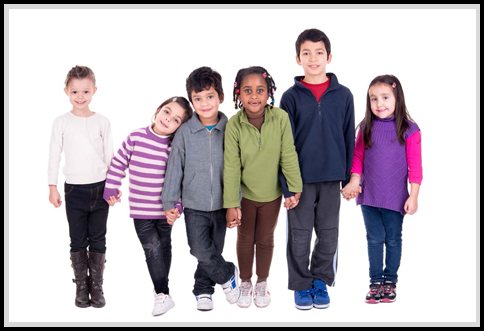 This page contains a brief review of important information regarding the health and well-being of immigrant children and youth in Canada. Key considerations for service providers are included. For more detailed information, please explore the various sections within the module.

There are nearly 1 million immigrant children and youth living in Canada, making up one tenth of Canada’s children and youth. Overall they fare well in Canada – a greater proportion of immigrant youth report being in good physical and mental health and having a strong sense of belonging to their community compared to their Canadian born counterparts. Immigrant youth smoke less, drink less, have less suicidal behaviors and have a smaller likelihood of being obese compared to those born and raised in Canada. This successful adaptation and general good health may be reflective of the majority of immigrant children and youth being of economic rather than refugee class – refugees may have more difficulty establishing a good, healthy life in Canada, at least initially.

Despite this, life is not easy for all immigrant youth in Canada. Roughly a tenth of these youth have been diagnosed with a mood disorder and one quarter report not having a strong sense of belonging to their community. With the current push towards increasing accessibility to mental health services in Canada, the specific needs of immigrant and refugee youth should be considered so that these populations may not only receive care, but receive care that is culturally sensitive and effective.

There are certain areas where immigrant and refugee children and youth do not fare as well as their Canadian born counterparts. Immigrant youth engage in less physical activity and eat fewer fruits and vegetables than do Canadians. They have relatively poor dental hygiene, a high prevalence of iron-deficiency anemia, an increased prevalence of eye diseases and vision problems, and, depending on their country of origin, a high risk of contracting malaria and tuberculosis before arriving to Canada. Due to the lack of available vaccines in tropical and developing countries from which some immigrants and refugees originate, these children and youth are up to 54% more likely to contract various illnesses such as chickenpox, measles, mumps, rubella, tetanus and Hepatitis B − even upon arrival in Canada. The consequences of these illnesses can be debilitating, costly, and fatal. Furthermore, having large numbers of unvaccinated children and youth compromises herd immunity in Canada, and is a major public health concern. The barriers to immunization faced by immigrant and refugee families, including lack of transportation and access to clinics and insufficient knowledge about vaccinations should be considered in the development of public health strategies to increase immunization levels across the country.

On other important topics, there is simply a lack of information. Some health and well-being data about immigrant youth is available, but it is difficult to access population statistics on immigrant infants and children. Furthermore, there is a lack of information about the prevalence of child maltreatment within immigrant families. In the past, certain ethnic minorities were almost twice as likely to be over-represented in child protection services while white and Arab children were under-represented in these services. Ethnic minority children, including immigrants, are over-screened and over-reported for child maltreatment, as compared to general population children. While physicians are encouraged to refrain from incorporating maltreatment screening into their routine care, they should be alert for signs of maltreatment in all paediatric patients.

In addition to health concerns, children and youth new to Canada will experience a plethora of emotions, including happiness, disappointment, gradual adjustment, and acceptance. In addition, they will also experience some degree of cultural discordance − the perceived conflict between a child’s or youth’s culture of origin and the Canadian culture into which he or she has been immersed. This discordance can lead to serious repercussions − bullying, peer aggression, suicidal thoughts and attempts, tension between youth and their parents, and sexual and reproductive health issues. Generally, living with one’s biological parents and siblings in a cohesive and supportive family environment can help children avoid some of these problems. However, not all immigrant children and youth are lucky enough to live with their biological family upon arrival to Canada, and not all families offer the support that children need. It is thus very important for care and service providers, and for all those in the social circles of these immigrant children and youth, to understand the emotions and challenges that these children and youth will likely face. Offering support and guidance can facilitate newcomers’ adjustment to their new lives.

It is critical that our Canadian public health system is aware of the priority health conditions and challenges that might prevent immigrant children and youth from achieving the high quality of life that is possible in Canada. Public health initiatives and high quality medical care can help to reduce the prevalence of these issues. Furthermore, other service providers and systems that immigrant families encounter, such as the education system and child care services, should consider the cultural differences and the obstacles that immigrants face in Canada. Initiatives and services should be developed and provided with the diversity of newcomers in mind – newcomers from different countries and experiences have different expectations and beliefs and will experience different barriers and challenges in Canada.

In addition to this module, visit the CCIRH Migrant Health Knowledge Exchange Network, the Caring for Kids New to Canada, and the Metropolis websites for more information and guidelines on immigrant and refugee health and well-being in Canada.

This page contains a brief review of important information regarding the health and well-being of immigrant children and youth in Canada. Key considerations for service providers are included. For more detailed information, please explore the various sections within the module.