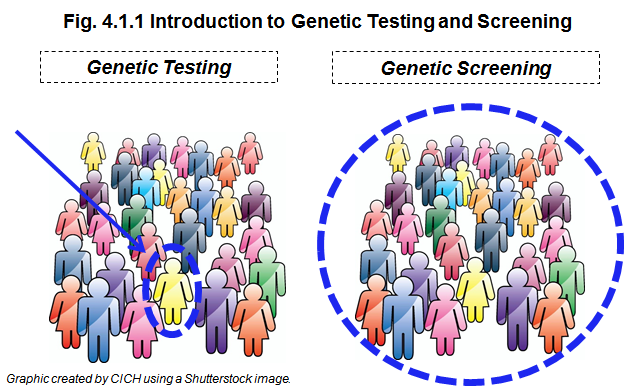 Genetic screening is offered to populations who are at increased risk for genetic condition(s) but who do not demonstrate any symptoms. Genetic screening can either be offered to the entire population or to a targeted group. It is done to detect the presence of a condition before the onset of signs and symptoms to allow for intervention, including genetic counselling, that helps prevent manifestations of the condition if left undetected and untreated. It can also be done in order to identify an individual who is a carrier or a couple who are silent carriers of a recessive mutation that does not increase the risk to the individual or couple, but increases the risk of occurrence of the condition in question in their offspring. Screening is an initial step and involves additional tests for a definitive diagnosis