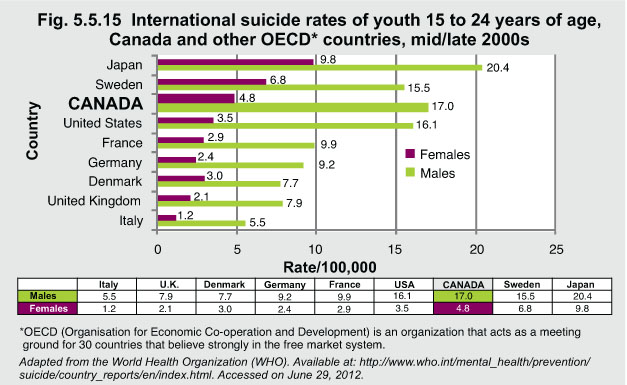 National data can hide differences that exist in one country. A new study released by Statistics Canada’s health analysis division found that the suicide rate among children and teens in the Inuit homelands was 30 times that of youth in the rest of Canada between 2004 and 2008. For Inuit boys and young men, the rate was 101.6 /100,000, while the rate among boys and young men in the rest of the population was 6.1/100, 000.1