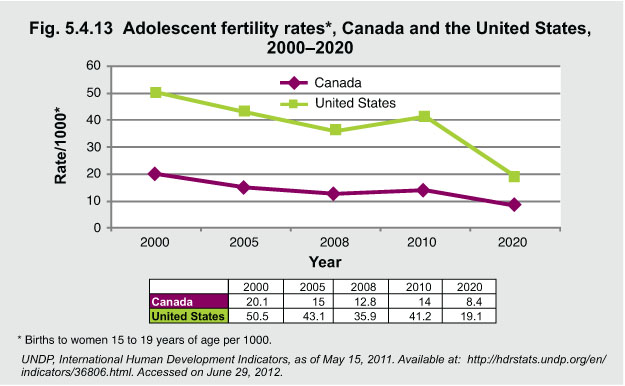 In the U.S., “shifts in racial and ethnic composition of the population, increases in poverty, the growth of abstinence-only sex education programs at the expense of comprehensive programs, and changes in public perception and attitudes toward both teenage and unintended pregnancy,”1 are all suggested reasons for the sudden increase in teen pregnancies.

The teen pregnancy rate in Canada has dropped, declining 36.9% between 1996 and 2006 (McKay and Barrett, 2010) and is projected to decline further. This data suggests that young women are better informed and have greater access to contraception than ever before.2