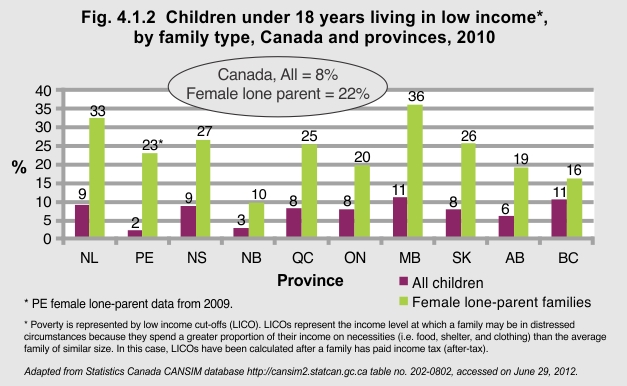 In every province except Newfoundland, the welfare1 income of a lone parent with one child is below the poverty line. With the rising cost of food and the nearly unaffordable cost of housing, many families continue to struggle to balance their budgets each month.2