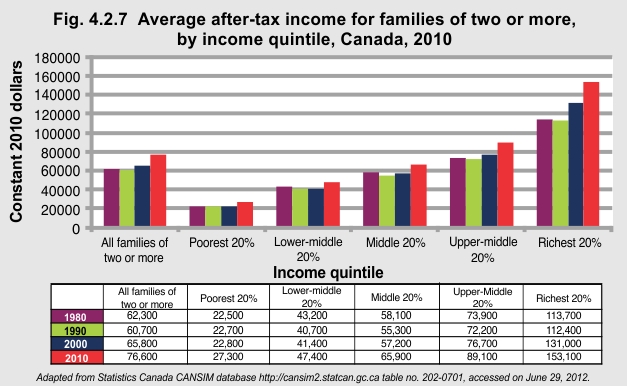 The living conditions that children and youth living in low-income families experience predisposes them to material and social deprivation. The greater the deprivation, the less likely families are able to afford the basic prerequisites of health such as food, clothing, and housing.