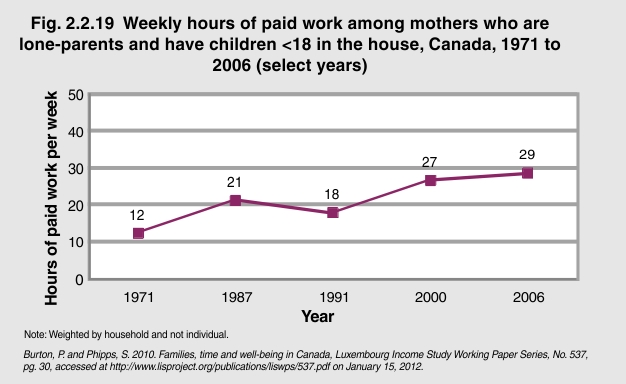 Note: Weighted by household and not individual.

Although in recent years mothers who are lone-parents are earning more employment income, they are also spending more time in the workplace, leaving less time for them to be at home with their children. Further, in spite of the increase in the amount of time they are working, their incomes continue to be low.