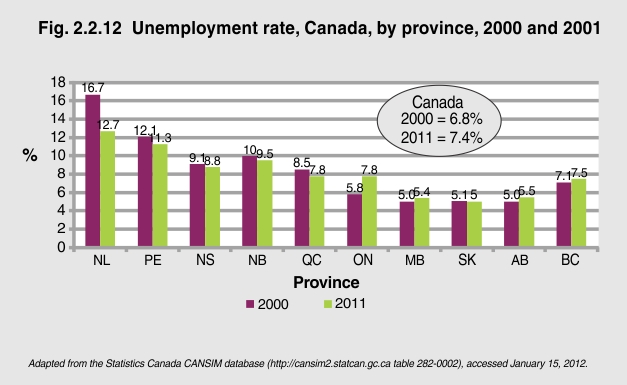 Being unemployed means there are fewer financial resources to meet the needs of the family. The duration of employment also plays an important role in the well-being of the family. Although the Atlantic region had the highest unemployment rates among the provinces, Quebec, Ontario and British Columbia had the highest average weeks spent unemployed (23, 22 and 21 weeks, respectively)1. To safeguard vulnerable communities from economic collapse during difficult times, leaders need to initiate profitable, sustainable development that can provide a safety net for the labour force.