Home Modules Module 1 Section 1 Proportion of the Canadian population (all ages), by language spoken most often at home, 2006 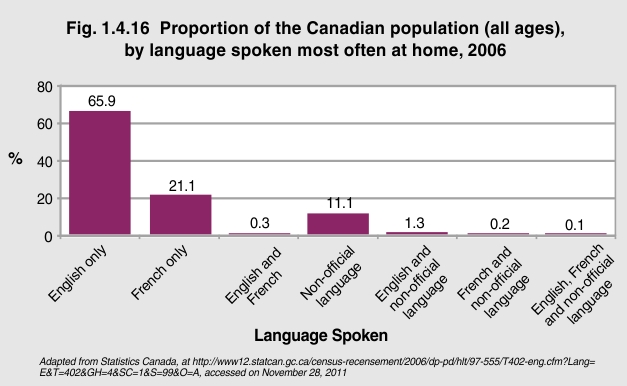 Canada is truly a multilingual country. With 11% of the population speaking neither English nor French at home, there is a great need for resources and services to be provided in a linguistically appropriate fashion.