Home Modules Module 1 Section 1 Proportion of children and youth under 25 years who are a member of a visible minority group, by province and territory, 2006 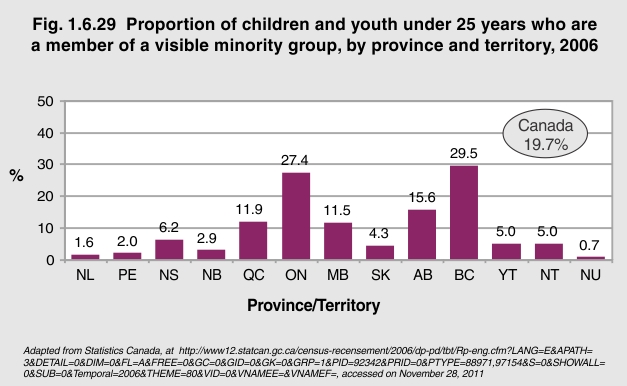