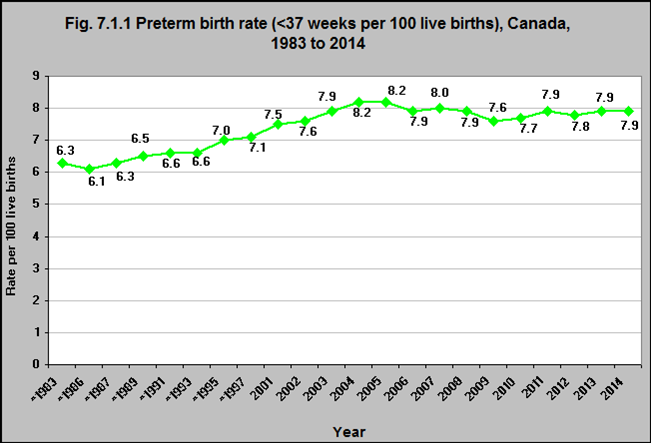 Babies who are born preterm are at higher risk of many negative health outcomes.  These include problems with the respiratory system such as respiratory distress syndrome and chronic lung disease; heart problems; hearing and vision problems; a compromised immune system and gastrointestinal problems. They are at a higher risk of dying.  Preterm infants have a high rate of neurological problems – including cerebral palsy, developmental delay, learning disabilities, attention deficit-hyperactivity disorder, behavioural problems and social and emotional challenges. Babies who are born too early require access to services such as neonatal intensive care, follow-up programs and early intervention programs to address neurological deficits.1Provinces and territories need to have programs and services in place to support babies who are born preterm.