Home Modules Module 8 Section 7 Percentage of all live births that are multiple births, Canada, 2009 to 2013 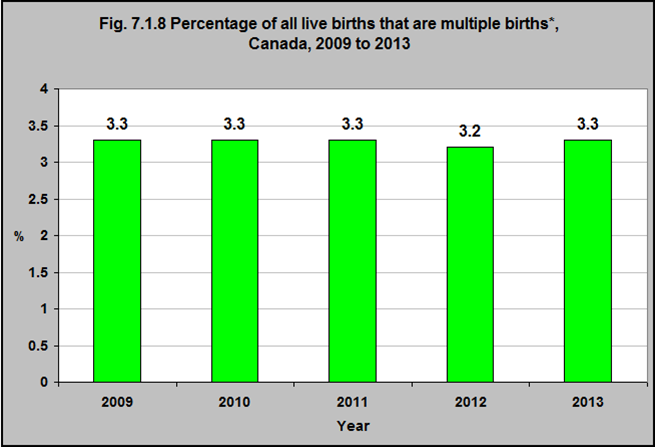 That proportion had not changed since 2009.

As a result of multiple births, both the mothers and babies may be at increased risk of health problems. Mothers are more likely to have preterm labour, cesarean birth, blood pressure problems/pre-eclampsia and anemia.1 The infants are at higher risk of low birth weight, pre-term birth, being small for gestational age and perinatal death.2 The increase seen in multiple births between the 2000s and 2010s is considered a result of increased use of fertility treatments and increasing maternal age.3

That proportion had not changed since 2009.