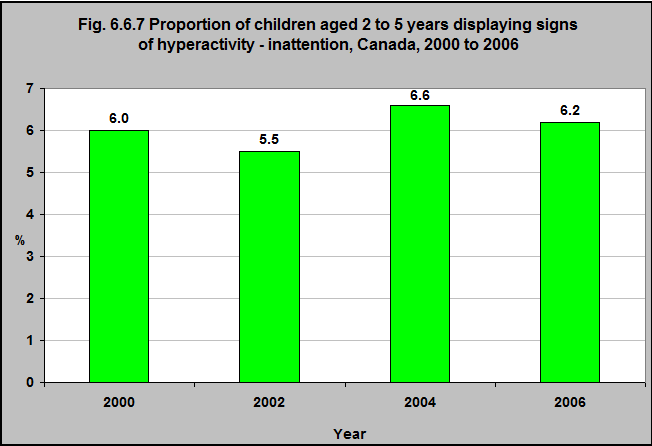 Neurodevelopmental disorders among young children have been associated with exposure to environmental toxins.1,2

These are disorders that affect the neurological system and brain – for example attention-deficit/hyperactivity disorder (ADHD), autism, learning disabilities, intellectual disability, conduct disorders, cerebral palsy, and impairments in vision and hearing.

Lead, methylmercury, and polychlorinated biphenyls (PCBs) have been associated with negative effects on the developing brain and nervous system of the fetus and young children. This association has been shown in multiple studies. Exposure is widespread in Canada.1,2

Other environmental toxins have been identified as having potential concerns for the developing nervous system and brain – these have not been as widely studied, but young children are exposed to them in Canada.  They include the organophosphate pesticides, polybrominated diphenyl ether flame retardants (PBDEs),1 phthalates, bisphenol A (BPA), polycyclic aromatic hydrocarbons (PAHs), arsenic, and perchlorate.2