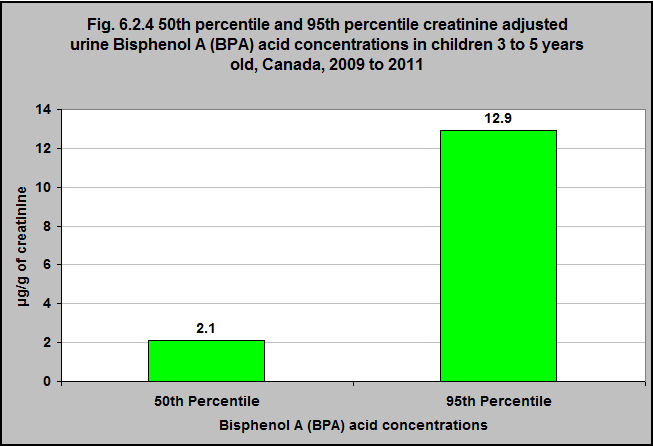 Bisphenol A (BPA) is a man-made chemical known for its widespread use in consumer products.

In humans, BPA acts as an endocrine disruptor, interfering with the production and action of hormones. Hormones play important roles in physiological processes in the human body. Altering the effectiveness of hormones can have serious repercussions on behaviour, adolescent development, and reproduction. 1

There are other negative health outcomes that have been linked to BPA exposure. For many of them, the evidence is not conclusive. They include behavioural issues, altered neurodevelopment, mental health problems and increased risk of asthma, as well as prenatal effects on the fetus, including increased risk of spontaneous abortion, low birth weight and childhood obesity.2,3

Children and youth are exposed to Bisphenol A (BPA) primarily through the consumption of foods and beverages that have absorbed BPA from their packaging.2 They are also exposed to this chemical via contact with air, drinking water, soil, dust, and the use of a variety of products.

Bisphenol A (BPA) is a man-made chemical known for its widespread use in consumer products.