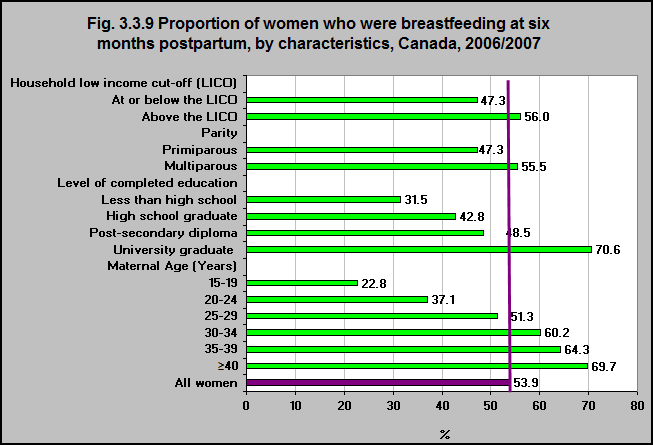 Note:
The Maternity Experiences Survey (MES) population consisted of birth mothers 15 years of age and older who had a singleton live birth in Canada during a three-month period preceding the 2006 Canadian Census of Population and who lived with their infant at the time of data collection. Using the 2006 Canadian Census, a stratified random sample of 8,244 women estimated to be eligible was identified. Of these women, 6,421 (78%) completed a 45-minute interview at five to 14 months after the birth of their baby, conducted primarily by telephone.