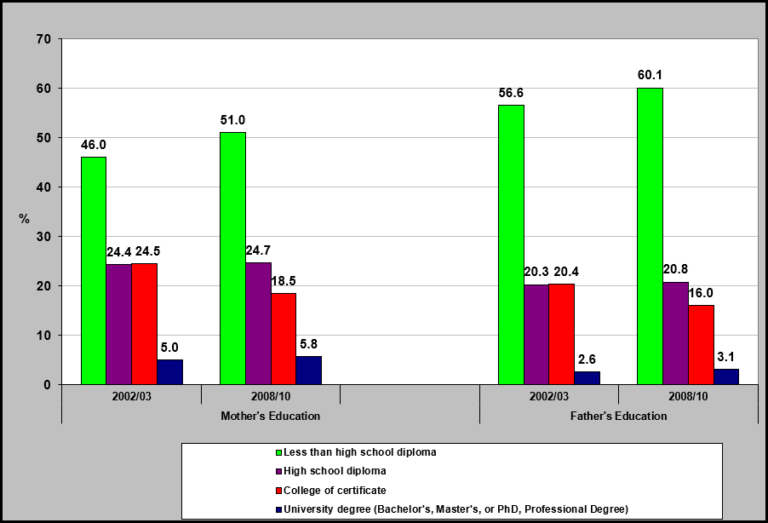 That was the case for 60% and 57% of fathers respectively.

Children’s health outcomes are influenced by parental educational attainment, with low levels of education being associated with poorer health outcomes.1 Education produces benefits such as increased earnings, greater social supports, and the development of skills and traits associated with resilience and success in later life.1 It thus affects the ability to find gainful employment and acquire resources important to health such as food, stable housing, transportation, and health care.

That was the case for 60% and 57% of fathers respectively.