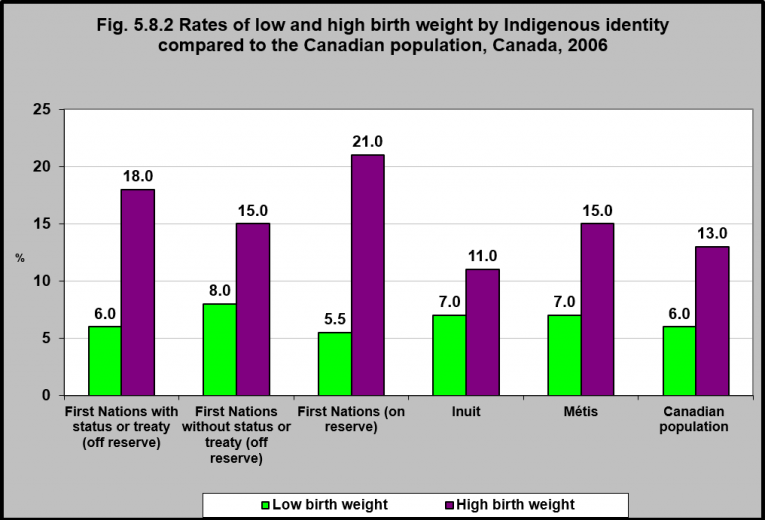 Babies who are born with high or low birth weight are at increased risk of adverse health outcomes in childhood and later in life. Babies born with low birth weight are more likely to have wheezing disorders in childhood, be overweight or obese in adulthood, have coronary heart disease, lower levels of intelligence in adolescence, all-cause mortality, and chronic kidney disease compared to normal weight babies.1 High birth weight babies are often called large for gestational age (LGA). They may be large because their parents are large and have passed this trait along to their children, because of the weight gained by a mother during pregnancy, or because the mother has high blood sugar which can be passed along to her baby.2 Babies who are LGA are at greater risk of immediate health issues such as low blood sugar immediately after birth, birth defects, trouble breathing, and injuries sustained through birth, and jaundice. They are also at higher risk of long term health issues such as higher death rates from certain cancers, obesity and type II diabetes mellitus.1