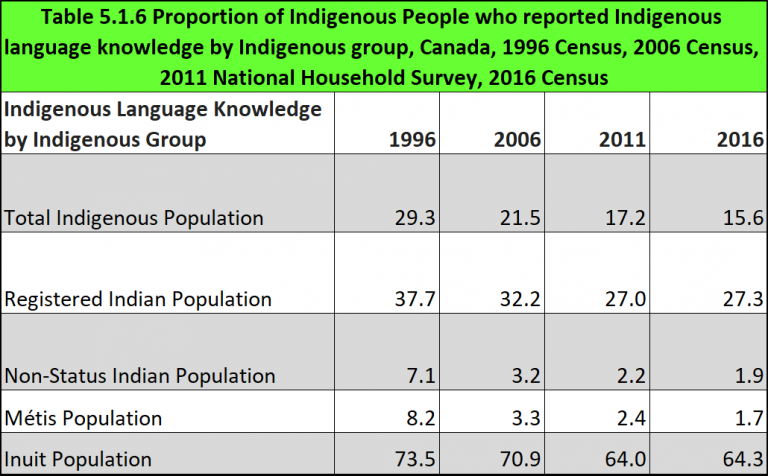 This decline may have been influenced by the increasing number of people who are self-identifying as Indigenous.

Language is intrinsically linked to the development of strong cultural identity, at both individual and collective levels. It is important to a child’s mental health and well-being,1 to provide him/her with a sense of belonging and self-esteem as a foundation for individual resilience that contributes to the development of strong and resilient communities.  In Canada, colonial legislation that aimed to assimilate Indigenous peoples into mainstream society has endangered many Indigenous languages. Of an estimated 450 Indigenous languages and dialects belonging to 11 language families, only 50-70 are still spoken in Canada, and only three (Cree, Inuktitut and Ojibway) are expected to remain and flourish in Indigenous communities.2 Language preservation and revitalization must begin in early childhood; “if the children of a community are not learning the language, the language will die out.”2

This decline may have been influenced by the increasing number of people who are self-identifying as Indigenous.