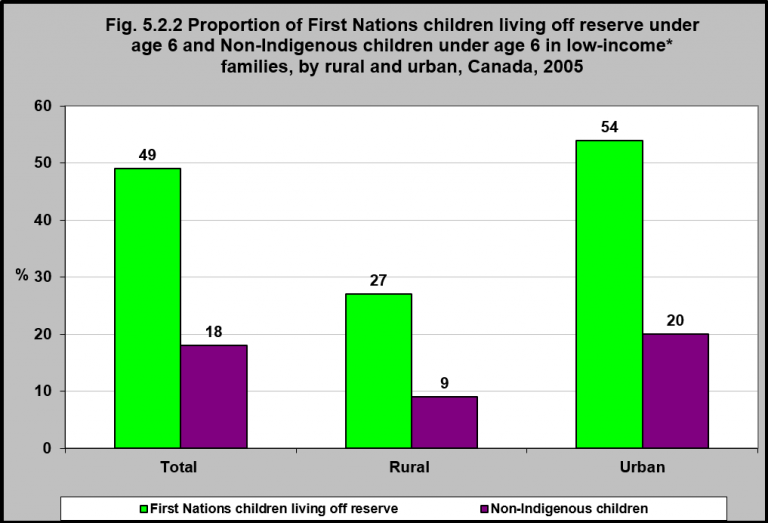 Notes:
Income here refers to total income from all sources including employment income, income from government sources, pension income, investment income and any other money income received during the calendar year 2005 by persons 15 years of age and over.

*Low income before tax cut-offs (LICOs) – Income levels at which families or persons not in economic families are expected to spend 20 percentage points more than average of their before tax income on food, shelter and clothing. Economic families in the Yukon Territory, Northwest Territories and Nunavut and on Indian reserves were excluded as the low income cut-offs are based on certain expenditure- income patterns which are not available from survey data for the entire population. Although the low-income before tax cut-off (LICO) is not applicable in the territories or on Indian reserves, other Census data reveal that in 2005, the median income for First Nations people living in the Yukon was $20,300 compared to a median income of $34,951 for the non-Indigenous population. In the Northwest Territories, the median income for First Nations people was $17,558 compared to $49,219 for the non-Indigenous population.

First Nations children under 6 who lived in urban communities (off reserve) were about twice as likely as those living in rural communities to live in low-income families – 54% versus 27% respectively.

This was the same for non-Indigenous children.

The past 50 years has seen an increasing urbanization of the Indigenous population. Many Indigenous people move to urban centres because of the promise of better economic opportunities and housing but find that urbanization brings a high risk of poverty. While Indigenous people account for a relatively small proportion of the population in most cities, they make up a disproportionate number of those living in poverty, especially in cities like Winnipeg, Edmonton, Saskatoon and Regina.1 In these cities, they face significant barriers to overcoming poverty, including lower levels of education (a key factor in competing in today’s urban economies), higher unemployment rates, and significant wage gaps. Also contributing to the high rates of poverty is the high degree of mobility among Indigenous people, not only between and within urban locations but also between urban and rural locations.2 Children who live in situations where families are vulnerable are at increased risk of being removed from their homes.3

First Nations children under 6 who lived in urban communities (off reserve) were about twice as likely as those living in rural communities to live in low-income families – 54% versus 27% respectively.

This was the same for non-Indigenous children.