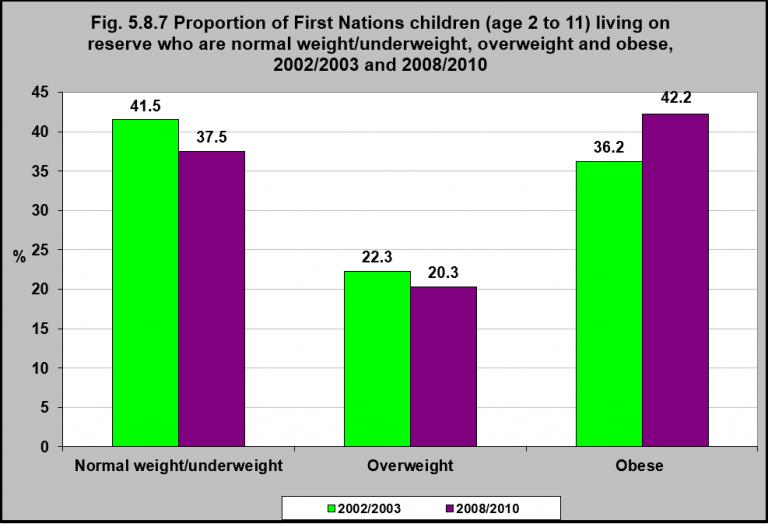 While there are few comparisons with non-Indigenous children, it is generally acknowledged that Indigenous children have consistently higher rates of being overweight and obese than their non-Indigenous counterparts. This places them at increased risk of obesity-related diseases like diabetes, hypertension and heart disease.1 A number of factors are associated with obesity in Indigenous children, including characteristics of the mother, physical activity, diet, body fat.2 Since children who are obese are more likely to be obese in adulthood, the health risks of obesity are great, suggesting the need for targeted health promotion programs to prevent childhood obesity in Indigenous communities.