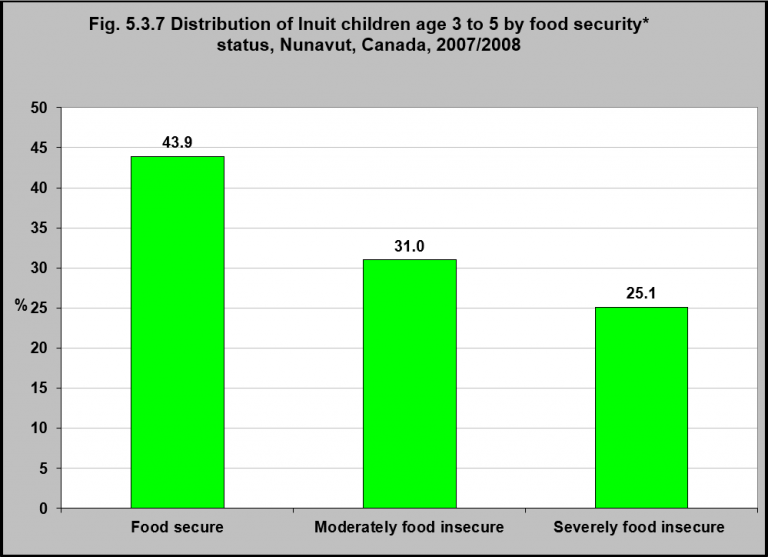 Note:
*Food security is a condition in which all people, at all times, have physical and economic access to sufficient, safe and nutritious food to meet their dietary needs and food preferences for an active and healthy life.

That means that in total, 56.1% – or more than half of the children – were food insecure.

Rates of food insecurity are highest among Inuit in Inuit Nunangat, at rates almost double that of the national average.1 While, parents and caregivers will often sacrifice meals for themselves to provide for their children, rates of food insecurity are nevertheless very high for Inuit children. Food insecurity has physiological and nutritional consequences experienced from the early stages of life right through the life course, including anemia, obesity, slower growth rates, and learning and behavioral impacts that will extend into Inuit children’s lives and affect future education.2 The consequences of this will be experienced not only by the individual, but by the entire community.

That means that in total, 56.1% – or more than half of the children – were food insecure.