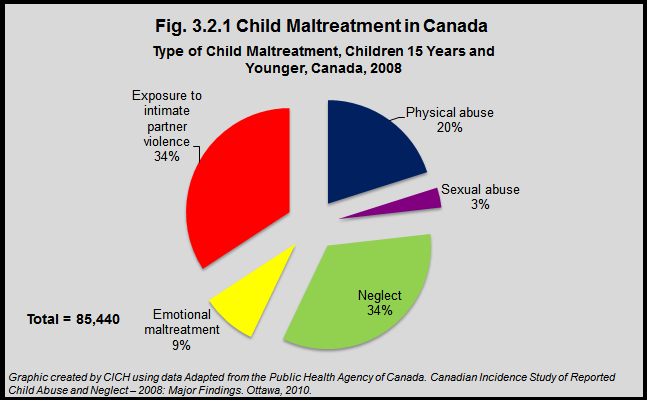 While not specific to immigrant and refugee children and youth, the Canadian Incidence Study of Reported Child Abuse and Neglect (2008) found a total of 85,440 substantiated cases of child abuse and neglect out of a total of 235,842 investigations. This was 14.19 cases per 1,000 children.  continued…