Home Modules Module 8 Section 8 Proportion of all children vulnerable in at least one domain of the EDI who are vulnerable in physical health and well-being, at age 5, select provinces/territories, Canada, 2007 to 2012 for selected years 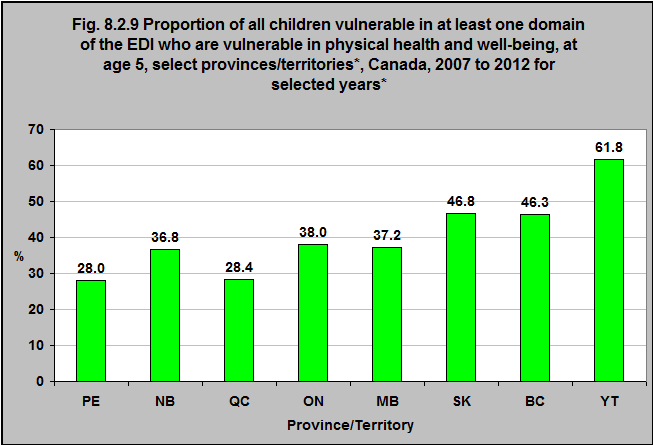